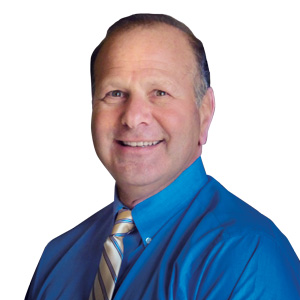 The April increase marks an acceleration from January, February and March, which were up 5.1 percent, 6.3 percent and 17.3 percent respectively, year-over-year. Much of the increase can be attributed to the COVID-19 pandemic’s effects on the market in spring 2020, the report states.

The index increased 11.3 percent on a sequential basis in April, which is a month that typically sees an increase in the index. This index includes recurring and nonrecurring revenue for the residential pest, commercial pest and termite segments of the industry. It does not include residential door-to-door companies.

In a news release, William Blair Equity Researchers Tim Mulrooney and Sam Kusswurm said, “April’s results support the thesis that the U.S. pest control market remains poised for another strong year of growth, as higher penetration rates in the residential market persist in 2021 and are supplemented by continued strength in the termite business and a rebound in commercial pest sales.”

View the full April report and the archive of past reports at SellMyPCOBusiness.com.

We use cookies on our website to give you the most relevant experience by remembering your preferences and repeat visits. By clicking “Accept All”, you consent to the use of ALL the cookies. However, you may visit "Cookie Settings" to provide a controlled consent.
Cookie SettingsAccept All
Manage consent

This website uses cookies to improve your experience while you navigate through the website. Out of these, the cookies that are categorized as necessary are stored on your browser as they are essential for the working of basic functionalities of the website. We also use third-party cookies that help us analyze and understand how you use this website. These cookies will be stored in your browser only with your consent. You also have the option to opt-out of these cookies. But opting out of some of these cookies may affect your browsing experience.
Necessary Always Enabled
Necessary cookies are absolutely essential for the website to function properly. These cookies ensure basic functionalities and security features of the website, anonymously.
Functional
Functional cookies help to perform certain functionalities like sharing the content of the website on social media platforms, collect feedbacks, and other third-party features.
Performance
Performance cookies are used to understand and analyze the key performance indexes of the website which helps in delivering a better user experience for the visitors.
Analytics
Analytical cookies are used to understand how visitors interact with the website. These cookies help provide information on metrics the number of visitors, bounce rate, traffic source, etc.
Advertisement
Advertisement cookies are used to provide visitors with relevant ads and marketing campaigns. These cookies track visitors across websites and collect information to provide customized ads.
Others
Other uncategorized cookies are those that are being analyzed and have not been classified into a category as yet.
SAVE & ACCEPT
error: Content is protected !!